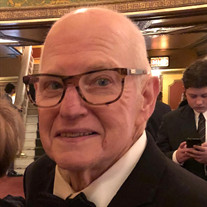 William Aaron Silver of Leawood, Kansas passed away at 74 in his home Sunday April 28th, 2019. Born into a tough, working class Philadelphia neighborhood to the late Arnold Silver and Jean Miller, Aaron grew up wanting to transcend his humble origins. He got his start working in his stepfather’s butcher shop, a profession that he’d practice at various times throughout his life. He went on to study City Planning at the University of Minnesota and later earned a Master’s Degree from Columbia University of New York in Social Work. Upon graduation, Mr. Silver worked for a number of years as a civil servant for the United States government in and around the Washington, D.C. area. During those years he worked for the U.S. Airforce, the Pentagon and other federal agencies. In the early 1990’s he relocated to Kansas City and reinvented himself as an educator. He taught a variety of subjects at many school districts around the Kansas City metro area until his recent retirement. To his students he was known as the Pied Piper of the classroom. Mr. Silver was an innovative teacher with a personal style that was relatable to his diverse students, many of whom came from disadvantaged backgrounds similar to his own. Throughout the years Mr. Silver kept up the butchering skills he learned in his youth, picking up jobs during summer vacations at local deli counters and often grilling and carving up holiday meals for his grateful family. He found great joy in food – both working with it as well as sharing it with his friends and family. Mr. Silver was well loved in the local Kansas City Jewish community. Often seen in the pews of Congregation Ohev Shalom, he was also a fixture at the Jewish Community Center, where he exercised regularly for many years. He was an outgoing, fun-loving, opinionated man who enjoyed chatting, debating and listening to others, whether old friends or strangers alike. Mr. Silver is survived by his wife of 22 years Madeline Silver, his two sons Ari Silver of Los Angeles and Samuel Silver (Amira) of Baltimore, as well as his new granddaughters Shireli Michal and Orah Eliana Silver. He is also survived by his step-children Rachel Loren (Cary Jones), Rebecca Loren Weiss (Theodore Weiss), and Sammy Loren of Los Angeles and Daniel Loren (Yael Loren) of Orlando, Florida. From his stepchildren he is survived by eight step-grandchildren: Aiden, Lyric and Eva Pearl Jones of Los Angeles, Leo, Zeke and Asher Weiss of Los Angeles, and Noa and Maya Loren of Orlando. Shiva will be held on Tuesday April 30th, 2019 at Village Shalom at 7:30PM and on Wednesday May 1st and Thursday May 2nd, 2019 at 7PM at Congregation Ohev Shalom. In lieu of flowers, the family requests donations to Congregation Ohev Shalom, Smile Train, or a charity of one’s choice.

William Aaron Silver of Leawood, Kansas passed away at 74 in his home Sunday April 28th, 2019. Born into a tough, working class Philadelphia neighborhood to the late Arnold Silver and Jean Miller, Aaron grew up wanting to transcend his humble... View Obituary & Service Information

The family of Aaron Silver created this Life Tributes page to make it easy to share your memories.

William Aaron Silver of Leawood, Kansas passed away at 74 in...