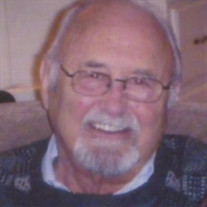 Alan R. Brown, 84, of Overland Park, KS passed away July 24, 2015. Funeral services will be at 2:00pm Sunday, July 26, 2015, at The Louis Memorial Chapel, 6830 Troost Ave., Kansas City, MO 64131. Interment will be at Sheffield Cemetery. The family suggests memorial contributions to the American Heart Association, Kansas City Hospice House or to a charity of the donor’s choice. Alan was born September 30, 1930 in Omaha, NE to Samuel and Tillie Brown. He grew up in Omaha, where he graduated from Central High School. Alan was an accomplished athlete and was honored as the AZA City-Wide Athlete of the year in Omaha two consecutive years. At age 19, Alan was transferred to Kansas City by the Zales Company. Shortly after his transfer he met the love of his life, Elaine Duni, to whom he remained married for 41 years until her passing in 2004. Alan was an amazing caretaker for Elaine until the end. Alan stayed in the retail jewelry business for his entire working life and was a member of Beth Shalom Synagogue. He maintained his love of sports throughout his life and relished spending time with his family. He will be greatly missed by his family and his many friends. Alan was preceded in death by his parents; his wife, Elaine Brown and sister, Rita Biniamow. Alan is survived by his children, Susan Brown and Steven Brown and wife Stacy, all of Overland Park, KS; two grandsons, Miller and Hunter Brown; brothers, Willard Plotkin of Laguna Beach, CA, David Plotkin of Omaha, NE and sister-in-law and brother-in-law, Jan and Ed Barash of Leawood, KS.

The family of ALAN R. BROWN created this Life Tributes page to make it easy to share your memories.