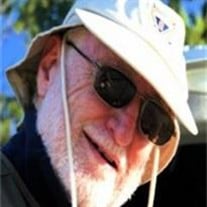 Arthur S. Katz, 74, Husband, Dad, Brother, Pop, Mentor and Friend, passed away in his sleep from Alzheimer’s complications on December 27th 2011. Friends and family were a large part of Art’s life; many times he was sought after for a wide range of advice. He was funny, wise, wonderful, loving and caring. Funeral services will be held at 1:00pm Thursday, December 29, 2011 at The Louis Memorial Chapel, 6830 Troost Avenue, Kansas City, MO 64131 with burial to follow at Mt. Carmel Cemetery. After graduating from MU with a degree in Journalism, he entered the Navy as an Ensign. He was a cryptographer on the USS Hancock, sailing in the South Pacific for 2 years. He left the Navy as Lieutenant JG Arthur S. Katz. This was a great time in his life, he loved being on the ship, photographing the events, and sailing the wide sea. Art had a laundry list of accomplishments: he opened a few advertising agencies, later joined Bernstein Rein, worked as an Independent Consultant in Branding and Research Development. As an entrepreneur he trademarked Emotives Marketing, had a cinnamon roll franchise and created Casper Cookies, distributed across the country. As his Alzheimer’s symptoms became apparent, he was just putting the finishing touches on his own book on branding and marketing. He was President of Phi Sigma Delta at MU, President of Jewish Family and Children Services, was a member of Jewish War Veteran MO-KAN Post 605, served on many boards, and was an honest and tough advocate for what he believed in. Art was an accomplished photographer, percussionist, Boy Scout, fly fisherman, diehard MIZZOU fan and was a graduate of Annapolis Sailing School. He’s preceded in death by his parents Minnie and Sol Katz. Missing him already are his wife, Salli Katz, son Gary Katz and wife Vicki, daughter Leslie Katz, daughter Stephanie Abramson Higgason and husband J.D., son Sam Abramson, father-in-law Mike Katzman, and sister Judy Parelman. Grandchildren Jacob Katz, Brianna Katz, Hallie Higgason and nieces, nephews and friends. Our thanks to his loving caregivers Jason Hayes and Joy Schwertly, and Vitas Hospice Care. In lieu of flowers, please make a donation in Art’s name to the Alzheimer’s Association by going to www.kualzheimer.org or the charity that makes you happy. Art will be missed deeply by all of us whose lives he has touched.

Arthur S. Katz, 74, Husband, Dad, Brother, Pop, Mentor and Friend, passed away in his sleep from Alzheimer’s complications on December 27th 2011. Friends and family were a large part of Art’s life; many times he was sought after for a wide... View Obituary & Service Information

The family of Arthur Katz created this Life Tributes page to make it easy to share your memories.