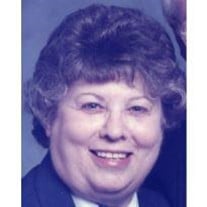 Charlotte L. Shalinsky, 83, of Overland Park, KS, passed away Saturday, December 28, 2013 at Stratford Commons. Funeral services will be at 1:00pm Monday, December 30, at The Louis Memorial Chapel, 6830 Troost Avenue, with burial to follow at Rose Hill Cemetery. In lieu of flowers, the family suggests contributions to Alzheimer’s Association, the Argentine Activities Association, 3030 Powell, Kansas City, KS 66106 – Attn: Linda Cochran, or a charity of one’s choice. Charlotte was born August 22, 1930, in Brooklyn, NY and was raised by her aunt and uncle, Bertha and Lou Zolotor in the Kansas City area, where she remained as a lifelong resident. She graduated from Research School of Nursing and worked as a private nurse for over 35 years and also assisted her late husband, Joseph, at the Shalinsky Rexall Pharmacies. After graduation, she remained very active with her nursing sorority. Charlotte was a lifelong member of The Temple, Congregation B’nai Jehudah. She was very supportive of the musical arts as an accomplished pianist and accompanist at various special musical programs at Avila College. Charlotte was devoted to her family, especially her grandchildren and her extended canine family. She was preceded in death by her aunt and uncle and her husband of 63 years, Joseph George Shalinsky. Charlotte is survived by her sons and daughter-in-law: Robert Shalinsky and Lee and Tama Shalinsky, all of Camdenton, MO; Jonathan Shalinsky, Kansas City, KS; grandson: Michael Shalinsky; granddaughter and her husband: Jacqueline and Mike Holt; great-grandchildren: Easton and Cannon Holt.

The family of Charlotte Louise Shalinsky created this Life Tributes page to make it easy to share your memories.