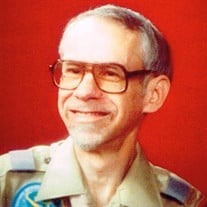 Donald D. Weinstein, 75, Overland Park, passed away January 16th, 2015 at OP Regional from injuries sustained in an auto accident on January 5th. Don was born in Kansas City, MO. He graduated from Southwest High School, attended Kansas City University for his B.B.A and Juris Doctor Degree graduating 2nd in his class in 1963 and finishing both programs in 6 years. He was a partner with Sandler, Balkin, Hellman, Weinstein & Witten until retirement in 1999. Married to his high school sweetheart, Sandy (Schifman), since 1960, they made Kansas City their home. He was active in his children’s activities and was a lifelong Boy Scout. As a teen, he was a scout and young leader in Troop 53. When his son became of age for scouts, he became a leader and Commissioner with Troop 61. His greatest joy was working with generations of scouts and Troop 61 for the past 38 years. He served on the Executive Council of the Heart of America Boy Scouts. Don was a staff member at National Jamboree and he and Sandy went to Philmont twice. They reflected many times on the experiences they shared there. He was a member with distinction in the Tribe of the Mic-O-Say where he achieved the rank of Keeper of the Wampum. Don was Wood Badge trained and a recipient of the Silver Beaver. Each summer’s visit to H. Roe Bartle camp in Osceola with other adult leaders was a highlight for him. Sadly, his accident was on route to an Eagle Scout Court of Honor. Don was a music lover and avid antique scavenger. He was a past President of Kehilath Israel’s Men’s Club, member of Alpha Epsilon Pi and Meadowbrook Country Club. Don was preceded in death by his parents, Harry and Dorothy and sister, Linda. He is survived by his wife, Sandy; his daughter, Pam Malcy (Steve); son Steve; and six grandchildren, Allison Malcy, Jacob, Jesse, Hannah, Ava and Mia Weinstein. He is also survived by his brother, Robert (Sandy) and their children. The family wishes to thank Dr. Adam Kaye and Dr. Don Fishman for their care and support. Services will be held at Louis Memorial Chapel on January 19th, 2015 at 11:00 am with burial at Kehilath Israel Blue Ridge Cemetery. In lieu of flowers, donations may be made to Troop 61 c/o Beth Shalom Synagogue, 14200 Lamar Ave Overland Park, KS 66223 or the charity of one’s choice.

The family of Donald D. Weinstein created this Life Tributes page to make it easy to share your memories.