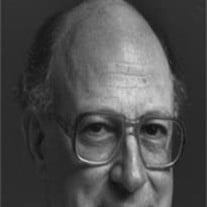 Dr. John J. Kepes was born in Budapest, Hungary in 1928. After World War II, he was able to finish his studies and received his M.D. Degree from the University of Budapest School of Medicine, where he also met his wife, Magda. Choosing pathology as his specialty, he served as head of the pathology laboratory of the National Institute of Neurosurgery for three years, until the fall of 1956. After the collapse of the Hungarian Revolution, amid the invasion of Russian tanks and troops into the city of Budapest, Dr. Kepes, his wife and young daughter managed to escape from Hungary. They were admitted as refugees to the United States in early 1957 and Dr. Kepes became a Special Fellow in Neuropathology at the Mayo Clinic in Rochester, Minnesota. The following year, the family moved to Kansas City, where both John and Magda completed their internships at St. Joseph Hospital. It was then that Dr. Kepes began his long and distinguished career at the University of Kansas Medical Center, rising through the ranks to full Professor of Pathology and, finally, to Emeritus Professor in 1992. He continued to practice and teach in that position until his retirement in 2006. During this time, he was also visiting professor at several medical universities both in the U.S. and abroad, and served as President of The American Association of Neuropathologists 1986-87. In addition, he was an elected Fellow of The Royal Society of Medicine of Great Britain as well as an honorary member of The Australian and New Zealand Society of Neuropathology and The Brazilian Society of Neuropathology. He also worked for The World Health Organizations Committee on classifying brain tumors. After the tragic loss of his beloved wife Magda in 2006, Dr. Kepes moved to Village Shalom in Overland Park, where he remained active and was elected co-president of the residents council. It was there, in the early hours of Feb. 2, 2010, that Dr. John J. Kepes passed away peacefully, with his daughter by his side. He will be remembered and celebrated as much for his great charm, humor and prodigious knowledge of history, classical music, opera and politics, and for his extraordinary kindness and generosity of spirit, as for his remarkable professional accomplishments. Dr. Kepes will be greatly missed by his many dear friends and colleagues all over the world and, most of all, by his daughter Marta. Funeral Services will be held 11:00am Friday, February 5 in the Chapel at Mt. Carmel Cemetery. Burial to follow. Kindly omit flowers, the family suggests contributions to Medecins Sans Frontieres (Doctors without Borders) or charity of the donor’s choice.

Dr. John J. Kepes was born in Budapest, Hungary in 1928. After World War II, he was able to finish his studies and received his M.D. Degree from the University of Budapest School of Medicine, where he also met his wife, Magda. Choosing pathology... View Obituary & Service Information

The family of Dr. John J. Kepes created this Life Tributes page to make it easy to share your memories.