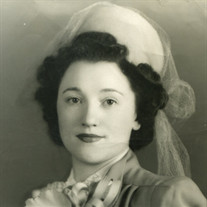 FRANCES ZUROVSKY SANDHAUS Frances Zurovsky Sandhaus, 98, passed away on Tuesday, July 22, at Kansas City Hospice House. Funeral services will be held at Louis Memorial Chapel, 6830 Troost Ave, Kansas City, MO 64131 on Friday, July 25, at 12:00 p.m., followed by a graveside ceremony at Rose Hill Cemetery. In lieu of flowers the family requests donations to Kansas City Hospice and Palliative Care or the Choucroun Mitzvah Fund at Congregation Ohev Sholom. The daughter of Max and Rose Zurovsky, Frances was born in Kansas City, Missouri, on February 17, 1916. At the age of 15, she graduated from Central High School and began working as an executive assistant at Feinberg Ice Cream Co. In 1942 she wed Harold M. Sandhaus, to whom she was married for 42 years. Together they had two children, Susan and Ronald. Frances was an active member of the local community throughout her life. She sold war bonds during World War II and later helped her husband run Sandhaus Transportation. She was a congregant of Beth Shalom, Beth El and The Temple, Congregation B’nai Jehudah, where she was a member of the Temple’s first confirmation class. She held leadership positions in the Marcella Rodin Club, the Jewish Federation, Hadassah, B’nai B’rith, Menorah Hospital Auxiliary and the Hyman Brand Hebrew Academy. She was a strong, patient, kind and generous woman. As a parent, Frances was loving and devoted. While her grandchildren were growing up, she took a day out of every week to look after and help raise them. She suffered many losses and ailments, but always endured and overcame them without complaint. She enjoyed reading, writing letters in beautiful calligraphy, golf and card games. She loved to give advice and offer support. But most of all she was giving, of her time, self and her candy. Frances was preceded in death by her parents, Max and rose Zurovsky, husband Harold and her brother Jack Zurovsky. She is survived by her sister, Gertrude Epstein; daughter and her husband, Susan and Charles Choucroun; son and his wife, Ronald and Rebecca Sandhaus; two grandsons and their spouses, Evan Sandhaus and Tara Bobiak of New York, and Derek Sandhaus and Catherine Mathes of Buenos Aires; and her beloved nieces and nephews. The family would like to thank the wonderful staffs at Menorah Medical Center and Kansas City Hospice House.

The family of Frances Zurovsky Sandhaus created this Life Tributes page to make it easy to share your memories.