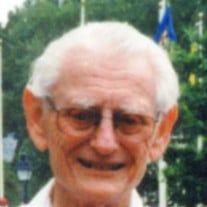 Gerald Bernard Baru, 88, of Olathe, KS, passed away Monday, April 14, 2014, at his home. Graveside services will be at 1:00 p.m. Thursday, April 17, at Rose Hill Cemetery. He was born, March 19, 1926, in Kansas City, MO, the son of Louis and Minnie (Bobrov) Baru, and was a lifelong area resident. Gerald served in the U.S. Army during WWII, in India and Burma. He was a graduate of the University of Kansas with a B.S. in Architectural Engineering. In the 1960’s, Gerald designed many schools and education buildings in the Kansas City metropolitan area, including the UMKC Library and Center High School. In the 1970’s, he designed many major shopping centers across the country, including Oak Park Mall. In the 1980’s, he designed the remodeling of Central High School. He was a longtime former member of The Temple, Congregation B’nai Jehudah and was also a member of the Tribe of Mic-O-Say. Gerald enjoyed traveling throughout the United States and on cruises. He was preceded in death by his parents and his brother, Sol Baru. Gerald is survived by his wife of 63 years, Evelyn Baru, of the home; sons and daughter-in-law: Steve Baru and Carolyn Hall, Overland Park, KS; Dan Baru, San Diego, CA; daughter: Cheri Deverey and her companion, Mark Pfefer, Overland Park, KS; grandchildren: Jon Baru and Brian Deverey. In lieu of flowers, the family suggests contributions to Southern Poverty Law Center, 400 Washington Ave., Montgomery, AL 36104 (www.splcenter.org)

The family of Gerald Bernard Baru created this Life Tributes page to make it easy to share your memories.