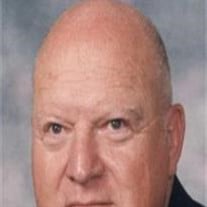 Gerald D. Rose, also known as Jerry Rosenbloom, passed away peacefully in his sleep on Sunday, March 11, 2012 at his home. He would have been 89 years old this April. Graveside services will be at 1:00pm Wednesday, March 14, at Rose Hill Cemetery, 6950 Troost Avenue, Kansas City, MO. The family’s request no flowers and suggests contributions to The Temple, Congregation B’nai Jehudah, Rotary Club of Kansas City #13 or to a charity of one’s choice. Jerry was born in Kansas City to Joe and Eva Rosenbloom. He was preceded in death by his younger brother, J. Richard (Dick) Rosenbloom who was killed at the end of World War II on board a ship off the west coast of Italy. His early years included membership in the Tribe of Mic-O-Say as well as an honored scout in Troop #123, where he had been an Eagle Scout. After graduating from Southwest High School, he attended Harvard University. However, his college years were interrupted by the war and he left and entered the U.S. Army around 1941 and did basic training at Camp Polk, LA and was sent to the European Theatre of War. He did considerable combat time, which included fighting in the so-called “Battle of the Bulge”, which has been acknowledged as the Nazi’s last gap to save Germany from the Allies soon to be in Triumph. There were large numbers of U.S. and other Allied causalities but Jerry was fortunate to have survived this horrific event. After being honorably discharged from the Army, Jerry re-enrolled at Harvard and graduated with a Master’s Degree from The Harvard Business School around 1948. He went to work for the family business known as Standard Store Fixture Co. Jerry was also a devoted member of one of the oldest organizations in the world, Rotary Club of Kansas City, MO #13 where he has been a member since 1971. He was also a member of the Oakwood Country Club where he enjoyed dining and entertaining his friends. Jerry loved the Arts, including Broadway musicals, the symphony and the opera too! He was a longtime season ticket holder and a devoted fan of The Kansas City Royals. For the past 45 years or so, Jerry was a member of and a generous contributor to The Temple, Congregation B’nai Jehudah. Previously he had been a member of Beth Shalom Synagogue. He was very philanthropic to many charitable organizations both in the Kansas City Jewish community as well as the general community. He leaves many cousins, including Maynard Rosenbloom, Marcia Rubin, Robert Rubin, Gary Rubin, Debbie Sadowsky, Little Lou Galamba, Irwin and Elaine Sackin, as well as many friends at The Sulgrave on the Plaza. He will be missed by many longtime friends including Issy Ozar, Bill Lowenstein and Sal Capra. Stephanie Elyachar who has known Jerry for all her life as “Uncle Jerry” will miss him too! Jerry held a special place in his heart for Zayrian Alcorn. Jerry lived at home very comfortably during his last seven years with unyielding assistance from Michelle Smith, her family and other loving caregivers. May Jerry’s memory be for a blessing.

Gerald D. Rose, also known as Jerry Rosenbloom, passed away peacefully in his sleep on Sunday, March 11, 2012 at his home. He would have been 89 years old this April. Graveside services will be at 1:00pm Wednesday, March 14, at Rose Hill Cemetery,... View Obituary & Service Information

The family of Gerald D. Rose created this Life Tributes page to make it easy to share your memories.