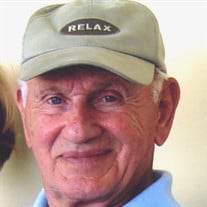 Entrepreneur and philanthropist Harold Stanley Melcher, who co-founded one of the most innovative food processing companies in the country and was deeply committed to civic and nonprofit activities for decades, passed away in Miami Beach on Feb. 16, surrounded by his immediate family. Harold celebrated his 100th birthday on June 26 at a celebration attended by his wife of 70 years, Marilyn Blond Melcher, his children, and grandchildren. Harold, a lifelong resident of Kansas City, attended Westport High School and the University of Missouri, where he was a member of the ZBT fraternity. When his father passed away unexpectedly, Harold chose to leave school without completing his degree to help his mother run the family’s sausage making company. It was that business that became the platform for the food processing company, Trenton Foods, which he co-founded in Trenton, MO, and whose pioneering canning technology is still in use today. At the 1964 introduction of Flash 18, the New York Times called it “the first basic change in food canning since the days of Napoleon.” Trenton Foods was acquired by the Carnation Co. in 1966, and Mr. Melcher became President of the Trenton Foods Division of Carnation. He retired from Carnation in 1986, after it had been acquired by Nestle. Harold also co-founded the Marlen Research Corp., a leading international food machinery research and development company. After Marlen was sold, he was president of Melcher Investment Company, a family office, where he worked closely with his financial advisor and dear friend, Randy Clark. Harold was a man of enormous curiosity, endless optimism, and many interests. He applied his business acumen to his philanthropic interests, most notably Wayside Waifs, the Kansas City-based, nationally recognized animal shelter, where he served as chairman, then chairman emeritus of the non-profit. After retirement, he often quipped: “I’ve gone to the dogs.” He enjoyed every minute of the time devoted to the shelter, working with members of the board, the staff and the many volunteers. It was a second career, he often said. Harold and his wife housed shelter dogs from Wayside Waifs for decades. He was passionate about a range of civic ventures and philanthropy. He was one of the founding members of The New Reform Temple in Kansas City. He served as Trustee of the University of Missouri-Kansas City, was a member of the board of Pitzer College in Claremont, CA, and a member of the board of Sunset Hill School before its merger with Pembroke Country Day School. Harold served on the board of Children's Mercy Hospital and Menorah Hospital. He was a trustee of the Jacob L. and Ella C. Loose Foundation and president of the Jack and Helyn Miller Foundation. Harold always will be remembered for his love for life, generosity, and humor. He loved his family, and, leading by example, taught countless lessons about living life with purpose, about the importance of giving back, and about treating everyone with kindness. He was a husband, father, grand and great grandfather, a trusted ally, and an inspiration to all. And, of course, he never missed a meal, and, if it involved fried chicken, bar-b-que, pastrami, or ice cream, all the better. Fortunately, he was a strong believer in exercise, was a jogger long before it was fashionable; until recently, he worked out with a trainer five days a week. He always was looking for the latest gadget, be it a smart phone, smart bed, or a new golf club. Beyond Kansas City, Harold was most at home in Miami Beach, where he was host and tour guide for decades for business colleagues, friends, and family. Stories of speedboating on Biscayne Bay, strolling Lincoln Road, and countless dinners at Joe’s Stone Crab will be recounted for years to come. The family wishes to thank his many colleagues and caregivers for their friendship, support, and love. Harold is survived by his wife Marilyn, of the home; his son, Richard Alan Melcher (Barbara), Chicago, IL; daughters, Laurie Benjamin (David), Carmel Valley, CA, and Lynne Frances Melcher (Barry Kaseff), Kansas City, MO. He also leaves five grandchildren: Lucy Melcher Coady (John); Charlotte Berlin (Michael); Henry Melcher (Claire Rothrock); Elizabeth Benjamin (fiancé, Marc Levit); and, David T. Benjamin; two great-grandchildren, Sophie Berlin and Emma Berlin; a nephew, Barry Roseman; and nieces, Barbara Gustin, Peggy Brill, and Ruth Politsky. In lieu of flowers, please consider donations to Wayside Waifs, Children’s Mercy Hospital of Kansas City, and Operation Breakthrough. There will be a private burial on Sunday, Feb. 23, followed by a celebration of life at the New Reform Temple, 7100 Main St, Kansas City, MO, at 2pm.

Entrepreneur and philanthropist Harold Stanley Melcher, who co-founded one of the most innovative food processing companies in the country and was deeply committed to civic and nonprofit activities for decades, passed away in Miami Beach on... View Obituary & Service Information

The family of Harold Stanley Melcher created this Life Tributes page to make it easy to share your memories.