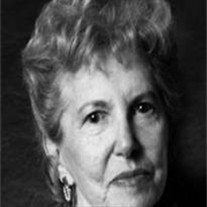 Helen Valin, a long time resident of Kansas City, MO, passed away April 25, 2009 at the Copper Ridge Nursing Home in Sykesville, MD, at the age of 89. Graveside services will be held Wednesday, April 29, at Rose Hill Cemetery. The family suggests contributions to the Fisher Center for Alzheimer’s Research Foundation, One Intrepid Square, West 46th Street & 12th Avenue, New York, NY 10036 (www.alzinfo.org). Mrs. Valin moved to Kansas City as a child from Plock, Poland. The youngest daughter of Abraham and Freidel Romandel, she was an active member of the Temple, Congregation B’nai Jehudah for more than 30 years. She served as a vice president of the Sisterhood, a life member of Hadassah and a member of the Harriet Dubinsky Chapter of the City of Hope. Mrs. Valin began her career at Brand & Puritz, where she rose to become bookkeeper then head of purchasing. She later went to work as a tax examiner for the Internal Revenue Service where she retired in 1982. Helen Valin is survived by her loving daughter, Marjorie Valin and her husband Gerry Frank of Columbia, MD, and her three grandchildren, Rachel, Ryan and Jake Frank. She leaves behind a beloved sister, Dorothy Valenti, Overland Park, KS, adoring niece Cecilia Canter, Ft. Worth, TX, beloved nephews Jerry Valenti, Reno, NV, and John Valenti, Chicago, IL and all of their children and grandchildren. She was preceded in death by her sisters, Ann Zodin, Ft. Worth, TX and Cerol Ogorek, Netanya, Israel.

The family of Helen Valin created this Life Tributes page to make it easy to share your memories.