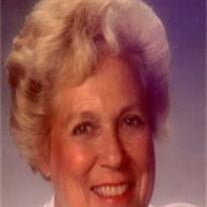 Hortense Greenman Brozman, 87, a lifelong Kansas City resident, passed comfortably in her sleep on Sunday, November 28, 2010, at 8:16 AM. Hortense Greenman Brozman was born on March 13, 1923 to Claire and Louis Greenman in Kansas City, Missouri. She attended Westport High School, where she made a name for herself as an exceptional athlete. She received a record twelve athletic letters in her four years at Westport and was named Top Girl Athlete, graduating in 1940. Because of these accomplishments, she was honored by being asked to deliver the Invocation at her graduation ceremony. She attended the University of Kansas City for one year and then went to the University of Texas in Austin, where she was a member of Alpha Epsilon Phi sorority. She returned to Kansas City and married Robert Brozman on October 20, 1944. She began playing tennis at the age of eight, winning many local titles. She went on to win many tournaments over the years including Girls Public Court City Champion and Missouri Valley Champion. As an adult, she started the Junior Tennis Program at Oakwood Country Club and was involved in many tennis programs and tournaments for children at the Plaza Courts. She once played an exhibition match with tennis pro Pancho Gonzales at Paradise Island Resort in the Bahamas. She was a golfer, winning the Club Champion title at Oakwood Country Club several times. She competed in 5-gaited and fine-harness classes at many horse shows, including the American Royal. She twice chaired the “Tennis Ball,” a Cystic Fibrosis Gala and Tennis Tournament, a fund raising event at Crown Center. She was an American Royal Governor. Active in the community, Hortense dedicated forty years to Minute Circle Friendly House, a non-profit community center on the east side of Kansas City. As President, she was “frozen in office’ when the building burned down, and she spearheaded the fund-raising campaign to raise enough money to rebuild it better than ever. Today, that building is thriving as a Boys and Girls Club. She co-founded the first cooperative pre-school in Kansas City. Besides sports, Hortense loved traveling, cooking and entertaining, but most of all, her family and friends, whom she cherished. Hortense is survived by her four children, Barbara (and Bruce) Bailey of Tuscon, Arizona, Jack (and Fran) Brozman of Prairie Village, Kansas, Nancy (and Steve) Daley of Scottsdale, Arizona, Ricki Brozman of Bucyrus, Kansas; her five grandchildren, Todd Brozman, Brian Daley, Michael Brozman, Hilary Daley, Danny Brozman; her cousin and life-long best friend, Phyllis Brod and husband, Donald; and her many nieces and nephews. She was preceded in death by her sister, Jean Mendelson Goldstein, her sister-in-law, Anne Bozman Feld and her former husband Robert F. Brozman. Services are to be held at 2:00 p.m. Tuesday, November 30 at Louis Memorial Chapel, 6830 Troost Avenue, Kansas City, Missouri. In lieu of flowers, contributions may be sent to Boys and Girls Club (formerly Minute Circle Friendly House) 2405 Elmwood Avenue, Kansas City, Missouri 64127. A very special thanks to Lisa Jones Black, Altheia Leverette, her incredible caregivers, and the staff at Senior Care Homes.

The family of Hortense Betty Brozman created this Life Tributes page to make it easy to share your memories.