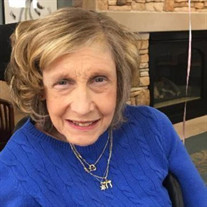 Janet Rose Shaw (70) passed away peacefully on November 12 at Village Shalom in Overland Park, Kansas. Private graveside services will be held November 13th at Kehilath Israel Blue Ridge Cemetery. Janet was predeceased by her parents, Pauline and Louis Shaw, as well as by her beloved and special friend, Sandy Eiseman. She is survived by her daughter Laura Paige Horowitz, son-in-law Eric Horowitz and grandchildren Lily, Jacob and Liam Horowitz all of Boston, MA; sister Nancy Shaw Pierce, brother-in-law Joe Pierce and nephews Brett and Craig Pierce all of Atlanta, GA. Janet was born in Kansas City, MO on February 21, 1950, and graduated from Shawnee Mission East High School. After attending the University of Kansas, she completed her education by becoming an X-ray technician thru Menorah Hospital's education program. She worked at several hospitals throughout the Greater Kansas City area. Janet was a member of Congregation BIAV and had many devoted friends there, as well as at Village Shalom, and in the greater community. Though she had many challenges in life, she retained her sense of humor and determination. She knew many children by name at BIAV, and always took an active interest in them and their families. She was passionate about leading life to the fullest extent that she could. She will be greatly missed by those who loved her and considered her a beloved friend. In addition to being a member of BIAV, Janet was also a former member of Congregations Ohev Sholom and Beth Shalom. Special thanks go to her tireless and wonderful social worker at Village Shalom, Lori Davidson; the incredibly devoted staff at Village Shalom who cared so beautifully for Janet over the years; her two most dedicated friends and caretakers, Mindy Wajcman and Jane Sak, and her spiritual mentor and dear friend Rabbi Jonathan Rudnick. And much gratitude and appreciation to Janet’s longtime doctors, Don Cohen and Richard Dubinsky. In lieu of flowers, donations may be made to Jewish Family Services, The Dystonia Medical Research Foundation, KC Kosher Meals on Wheels, or the charity of your choice.

The family of Janet Rose Shaw created this Life Tributes page to make it easy to share your memories.

Janet Rose Shaw (70) passed away peacefully on November 12 at...