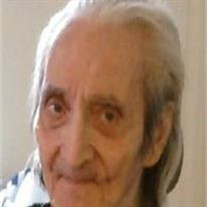 Kim Edgar Swados, a prominent artist, set decorator and production designer, died on August 30. He was 89 and lived in Kansas City. Kim Swados was born in New York City on October 31, 1922 . After attending the Pratt Institute in the 1950s, he served as an assistant to George Ambert, director of the Museum of Modern Art's department of Theater Arts. He then began a 60-odd-year career that spanned the worlds of theater, television, film, and art. He served as the scenic designer for the legendary 1961 off-Broadway production of Jean Genet's "The Blacks," which introduced New York audiences to some of the most prominent black actors of their day, including James Earl Jones, Cecily Tyson, Roscoe Lee Browne, Louis Gosset, Godfrey Cambridge, and the poet Maya Angelou. It ran for 1,408 performances and was the longest-running off-Broadway non-musical of the decade. In the 1950s, Mr. Swados contributed his skills as a set decorator to a number of episodes of television's "golden age" on Westinghouse's "Studio One" series and "The Alcoa Hour." More recently, Mr. Swados was the production designer for a number of popular TV series, including "Dallas" from 1982 to 1985, "James at Fifteen," the 1981 mini-series "East of Eden," and the 1979 TV version of William Gibson's "The Miracle Worker," starring Patty Duke. His career as a production designer included the films "Uncle Vanya" (1958), "Stage Struck" (1958), "The Amityville Horror" (1979), and "The Deer Hunter" (1978), which won five academy awards, including Best Picture. An accident on the set of "Dallas" in 1985 that effectively brought his career in TV and film to an end and left him confined to a wheelchair. The setback did nothing to stem his creative output, however, and in recent years, Mr. Swados began work on what he considered to be his life's work, a colossal project entitled "Abbatoir"--a huge series of deliberately disturbing portraits, measuring three by five feet each, and depicting the most notorious of the Nazi war criminals, including Adolph Hitler, Joseph Mengele, and Adolph Eichmann. The project began in the form of small sketches drawn at home. Swados was eventually introduced to Coca-Cola heir B. Wardlaw, who learned about Swados' work and agree to fund it, giving him an open-ended grant for his studio, supplies and transportation. Swados envisioned the series as a legacy. "What is inexcusable and what sends me into a towering rage is when I think about the children," Mr. Swados told a reporter. "This is my statement for the children," he said, "so that the children will be warned." Swados painted the paintings from his wheelchair and used his left hand to steady his right, the paint brush strapped to his hand with tape. Mr. Swados's wife, Deborah, died in 1984. He is survived by a brother, Robert, of Buffalo, New York, a daughter, Christina Lahti Swados, and two grandchilden, Ryan and Xander.

Kim Edgar Swados, a prominent artist, set decorator and production designer, died on August 30. He was 89 and lived in Kansas City. Kim Swados was born in New York City on October 31, 1922 . After attending the Pratt Institute in the 1950s,... View Obituary & Service Information

The family of Kim Edgar Swados created this Life Tributes page to make it easy to share your memories.