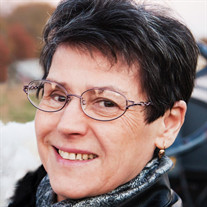 Our dearest mother, Leonora Kishinevsky, of Overland Park KS, passed away on Monday, August 29 of 2016. Leonora, 73, is survived by her loving husband, Edward, two devoted sons, Alex and Steven, and five grandchildren, Ariel, Talia, Eli, Elan, and Aviel. Mom was born on March 13, 1943, after her mother, Klara, evacuated to escape impending Nazi invasion of Odessa to Andijan, Uzbekistan, in the former Soviet Union. She survived through the war and hardship, including tragic death of her father when she was 5. Our mother excelled at everything she did, and showed unwavering love and devotion to her family. Ever since she was a young child, she demonstrated talent for music. She entered into the well-known School of Stolyarsky in Odessa, Ukraine, where she excelled and graduated with distinction. While being at school, she demonstrated an incredible talent for math and chess, also winning a chess competition. Later on, she went on to study classical piano at the Lithuanian Conservatory of Music and Theatre in Vilnius, Lithuania, where she graduated as a Concertmaster and a piano teacher with Masters in Music. In her spare time from teaching piano, she played beautiful sonatas by Chopin to her sons, and instilled a great love for music in them, which, in turn, passed to her own grandchildren. In 1990, on Thanksgiving Day, she embarked on an emigration journey, along with her mother and family, to the United States, ultimately settling in Overland Park, Kansas. Forsaking her own desires for the benefit of her family, she gave up on her lifelong career of teaching classical music, and became a professional dress maker. As with everything else she has done, she excelled marvelously in her new profession and took great pride in her work, bringing great satisfaction to her many customers. She is forever remembered for her love, her humbleness, her beauty, intelligence, and the never-ending depth of her incredible soul. She was a fighter with a steel will, a strong woman who endured her hardships with endless patience, and took on every challenge in front of her. As one of her best friends put it best: “sometimes angels come to earth and stay among us, without wings. She was one of those angels, because everything and everyone she touched, turned to love.” The family suggests memorial contributions be sent to Jewish Family and Children’s Services of Kansas City in lieu of flowers.

The family of LEONORA KISHINEVSKY created this Life Tributes page to make it easy to share your memories.