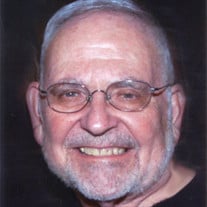 Loeb H. Granoff, 87, of Kansas City, MO, died August 2, 2015. Funeral services will be at 11:00am Tuesday, August 4, at The Louis Memorial Chapel, 6830 Troost Ave, Kansas City, MO with burial to follow at Rose Hill Cemetery. In lieu of flowers, the family suggests contributions to the Jewish Federation of Greater Kansas City or the Kansas City Hospice House. Born on May 24, 1928 and a lifelong Kansas City resident, Loeb graduated from Southwest High School, Kansas City Metropolitan Junior College, the University of Missouri – Columbia and the University of Michigan Law School. Loeb began his legal career as a law clerk to the Hon. Albert A. Ridge, of the United States District Court for the Western District of Missouri and then as a law clerk to the Hon. John Caskie Collet, of the United States Court of Appeals for the Eighth Circuit. After several years as an Assistant Jackson County Prosecutor, Loeb entered private practice, where he spent over 40 years as a trial and appellate lawyer specializing in complex business litigation. In addition to his professional success, Loeb was extremely active in both the Jewish community and the Kansas City community. Loeb served as Chairperson of the Israel Committee of the Jewish Community Relations Bureau/American Jewish Committee, as a member of the Ethics Committee of the Menorah Medical Center, on the Executive committee of the Swope Parkway Health Foundation, as President of the Kansas City chapter of the American Jewish Congress, as President of the Eddie Jacobson Memorial Foundation, as President of the Phi Beta Kappa Association of Greater Kansas City, as Vice-President of The Temple, Congregation B’nai Jehudah, and as a Director of the Harry S. Truman Good Neighbor Award Foundation. Loeb also found time to enjoy a wide range of passionate interests, including world travel, classical music, politics and international affairs, and being a wonderful husband, father, grandfather, brother, uncle, and close friend and confidante to many. Loeb was predeceased by his parents, A.J. and Mildred Granoff. He is survived by his beloved wife of 61 years, Deborah Bretton Granoff; his son and daughter-in-law: Joel and Valerie Granoff, Austin, Texas; his daughter and son-in-law: Lauri and Douglas Freedman, River Forest, Illinois; his five wonderful grandchildren: Max, Eli and Aaron Granoff and Emily and Hannah Freedman; and his sister: Jody Weiner. The family wishes to express its deep gratitude to the compassionate and caring staff of the Kansas City Hospice House.

The family of LOEB H. GRANOFF created this Life Tributes page to make it easy to share your memories.