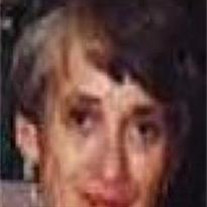 Lore Turner (nee Heilbronner), 90, of Tallgrass Creek Retirement Community, Overland Park, Kansas beloved wife of Samuel Turner (deceased), loving mother of Vicki Turner Svoboda (Cliff), Michael Karl Turner, and Steven Larry Turner passed away quietly at KC Hospice House, Sunday, August 12, 2012. A memorial service will be held at The Temple, Congregation B’nai Jehudah, 12320 Nall Ave., Overland Park, Kansas on Friday, September 14, 2012 at 2:00 PM. In lieu of flowers, the family requests that donations be made to the National Multiple Sclerosis Society or to KC Hospice House, 12000 Wornall Rd., Kansas City, MO 64145. Lore was born in Heilbronn, Germany, September 14, 1921, to Karl and Grete Bruell Heilbronner, and with her parents and sister Elizabeth (Lix) emigrated to the United States in August 1936 where the family settled originally in New York City and shortly thereafter in Cambridge, MA. Lore completed her schooling and entered nurses training at Beth Israel Hospital in Boston where she earned her nursing degree and immediately joined the U.S. Army Nursing Corps, having met and fallen in love with a young soldier attending Officer’s Candidate School at Harvard, prior to being shipped out to North Africa . The couple married in August 1942 and eventually settled in Jacksonville, Florida where they had the first two of their three children. In 1950 the family moved to Kansas City where their third child was born. Shortly thereafter, Lore went back to work and to school to complete her nursing degree in anesthesiology. She joined the Anesthesiology Service serving Menorah Medical Center, Independence Hospital, and Saint Luke’s Hospital. Throughout Lore’s long career in anesthesiology, she continued to indulge her other passions in life - gardening, bridge, the performing arts (particularly chamber music and ballet- Lore played violin as a youngster, switching to piano as an adult, and actively encouraged her young daughter in both dance and piano) – but more than anything, Lore was fascinated and engaged by people. She was active in the People to People program for a number of years and often “adopted” foreign doctors and nurses with whom she worked and their families – in a word she was a cultural ambassador with a lively mind, a passion for discourse and politics, and a genuine love of her fellow man. Upon her retirement she and her husband, Sam, moved to Estes Park, Colorado where they built a home in the foothills of the Rockies. When Sam became incapacitated a year later, Lore became actively engaged in getting VA approval for the nursing home where Sam was admitted, and became an advocate for patients and their families over the next nine years. After Sam passed away in 1992, Lore returned to Kansas City where she resumed her active life with friends and family and in the service of her fellowman as a volunteer and later an employee of Delmar Gardens Nursing Home. Lore is survived by her sister, Elizabeth Gold of White Plains, NY, two sons (Michael Turner and Steven Turner) and a daughter (Vicki Svoboda), three grandsons (Adam M. Svoboda of London, UK, Philip A. Svoboda of Mesa, AZ , and Collin W. Turner (Danielle) of Gaeta, Italy, two nieces, a great-niece and nephew. Lore was expecting her first great grandchild, Peyton Marie Turner, when she passed away. She will be greatly missed by all who knew her and loved her.

The family of Lore Turner created this Life Tributes page to make it easy to share your memories.