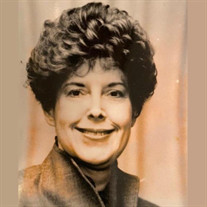 Sunie Levin, age 89, passed away unexpectedly and peacefully at Menorah Medical Center on January 26 at noon, surrounded by family. Although her birth name was Marian, she always went by the name of Sunie. Sunie had an amazing career, and helped more people than anyone ever knew. She graduated from KCU (now UMKC) with a degree in psychology and later obtained a Master’s degree in education. She was way ahead of her time, and in the 1960s, along with her dear friend Esther Pearlmutter, founded the Midwest Reading and Dyslexia Clinic. She was passionate in her drive to learn everything possible about dyslexia, and read every new book or article that appeared about the subject. When she finally retired, she donated her library to UMKC; hers was the largest library in the city upon dyslexia. For decades afterwards, parents would approach her to thank her for what she had done for their child, who had gone on to have a successful career because Sunie had solved their reading problem. She also authored five books dealing with various aspects of aging and with the challenging of grandparenting, and again she would receive grateful compliments from those who had read her books and found very helpful suggestions in them. In addition to all this, Sunie had become recognized as the ‘guru of grand parenting’ and had a syndicated newspaper column, as well as many appearances nationally on radio and television. She also became a speaker on cruise ships and was on nine different major cruise lines, thus literally traveling the entire world offering suggestions to seniors involved in the many difficult problems of aging. Sunie was pre-deceased by her parents, Beatrice and Pro Sherman. She is survived by her husband of 68 years, Lee Levin, and her daughters, Leslie Levin, Terry Levine, and Patti Levin. She has nine grandchildren, David Kaplan, Rachel Kaplan, Adam Kaplan, Daniel Parkins, Megan Hendrickson, Amy Parkins, Jillian Maynard, Sean Levine, and Amanda Harper. In addition, she has six great-grandchildren with the seventh on the way shortly. All of them grieve her passing deeply. A private funeral service was held due to the pandemic, and there will be no shiva. A memorial service for Sunie will be held at a future date. If desired, contributions may be made to a charity of your choice.

Sunie Levin, age 89, passed away unexpectedly and peacefully at Menorah Medical Center on January 26 at noon, surrounded by family. Although her birth name was Marian, she always went by the name of Sunie. Sunie had an amazing career, and... View Obituary & Service Information

The family of Marian "Sunie" Levin created this Life Tributes page to make it easy to share your memories.