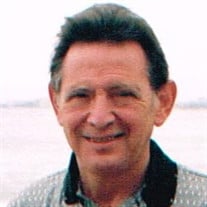 Marshall Paul Gale, 71, died Thursday, May 19 at St. Luke’s Hospital. Funeral services will be at 10:00am Sunday, May 22, 2016 at Louis Memorial Chapel, 6830 Troost Ave, Kansas City, MO. Interment will be at Mt. Carmel Cemetery. Born and raised in Kansas City, Mo., Mr. Gale spent his life selling furniture—from mattresses to sofas and from recliners to solid wood dining or bedroom sets. After getting his start selling Sealy mattresses, he went on to travel throughout the Midwest as a sales representative for a variety of furniture lines, calling on mom-and-pop dealers as well as superstores such as Nebraska Furniture Mart. After nearly 50 years in the business, Mr. Gale retired one year ago. Even before retirement, Mr. Gale was an active volunteer, restocking supplies at Children’s Mercy South Hospital, and then stocking the shelves and assisting clients with shopping at the Jewish Family Services food pantry in Missouri. Mr. Gale’s home away from home was the Jewish Community Center, where he spent many early mornings running, walking, spinning and lifting, and also where he played many years of basketball and softball. His active lifestyle included completing the Chicago Marathon at age 54. A lifelong member of Congregation Beth Shalom, Mr. Gale was a former Men’s Club member and later became a dedicated morning minyan attendee. Mr. Gale was preceded in death by his parents, Sam and Bessie Gale, his older brother, Elliot, and his wife of 30 years, Pam. A devoted father, grandfather, brother and companion, he is survived by his two children, Dawn (Doug McNay) and Derek (Amy) Gale, of Prairie Village and Leawood, Kan., respectively; grandchildren Nina (9), Logan (5) and Eli (9 months); his younger brother, Carl (Sue), of Overland Park, Kan.; and his second wife, Lynne Miller, of Overland Park, KS and additional family members include Kim Miller, Kristen Jones (Scott) and their children, Brayden and Emerson Jones. The family asks that any contributions in his memory be made to the Jewish Community Center, the Jewish Federation, Congregation Beth Shalom or Children’s Mercy Hospital.

The family of MARSHALL PAUL GALE created this Life Tributes page to make it easy to share your memories.