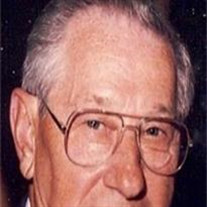 Martin Spitcaufsky, 89, of Overland Park, Kansas died Thursday afternoon, February 18, 2010, at St. Luke’s South Hospital. Funeral services will be held Sunday, February 21, 2010 at 10:30am at The Louis Memorial Chapel, 6830 Troost Avenue. Burial at Kehilath Israel Blue Ridge Cemetery, 1901 Blue Ridge Boulevard. Martin was born July 8, 1920 to Morris and Alice Rose (Suskin) Spitcaufsky, the sixth of seven children. He was married to the love of his life, Elsie Margolin, April 18, 1948 and had a wonderful, fulfilling marriage of 58 years until his wife’s death in October, 2006. Besides his wife, and parents, Mr. Spitcaufsky was pre-deceased by his three brothers, Roy, Daniel and David Spitcaufsky, and a sister, Helen Feder Gordon. Mr. Spitcaufsky is survived by sisters Bertha Wise, Kansas City, Blanche Adelman, Pembroke Pines, FL and sister-in-law, Marian Shear, Prairie Village. Martin also leaves an exceptional group of nieces and nephews that he loved and adored as his special “kids”, Gloria Schoolman, Prairie Village, Milton (Judy) Feder, Houston, TX, Robert (Judy) Wise, Kansas City, Steve (Sally) Wise, Kansas City, Mike Wise, Houston, TX, Jeffrey (Melissa) Nadlman, Cooper City, FL, Madeline (Lynn) McCarthy, Leawood, James (Jeannette) Marfield, Platte City, Moe Spitcaufsky, Kansas City, Francie Margolin, Washington, DC, Lisa (Martin) Settles, Olathe, and Barbara Shear, New York, NY. An Army veteran of World War II, Martin and Elsie for many years traveled annually to veterans reunions to keep up-to-date on his war-time companions. At one point during his service all four Spitcaufsky brothers were stationed in London, England at the same time, even though they were not all in the same units. This rarity was featured in news columns locally. Martin maintained his membership in the American Legion and the Jewish War Veterans from the time of his discharge to the present date. In 1948, Martin acquired Feder Department Store at 27th and Cleveland, upon the death of his brother-in-law, Harry Feder. He and Elsie operated this establishment until 1968. He then went to work as a procurement officer at the Federal Aviation Administration until his retirement in 1985. At that time Martin was free to indulge his passions of golf, dancing, card playing, and just socializing with all his friends. A distinctive “people person”, when he met someone they became a friend – and they stayed a friend forever. His buddies from high school days at Manual High School were as close in their 70’s and 80’s as they were in their teens. Martin was a strong sports fan, especially the Kansas City Royals, and was a Royals Lancer for several years. Martin Spitcaufsky was a 62 year member of Kehilath Israel Synagogue from the day he was married at its location at 43rd and Prospect. In lieu of flowers, the family would like to suggest contributions to the Spitcaufsky Library at Kehilath Israel, or a charity of their choice. And, the family would like to especially offer their thanks to Lucille, Dolly, and the staff at the Atriums for the wonderful care and assistance they provided to Martin during his residence there.

The family of Martin Spitcaufsky created this Life Tributes page to make it easy to share your memories.