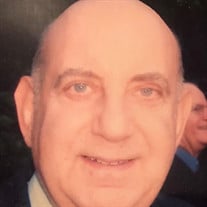 Michael Norman Levine, 77, of Kansas City, Missouri, died at his home February 3, 2022. Graveside services will be held at Sheffield Cemetery, 6200 Wilson Avenue, Kansas City, MO 64131 on Sunday, February 6, 2022, at 2 p.m. Please email [email protected] for Zoom link and passcode. Mike was born March 2, 1944, in the midst of World War II, at Saint Mary’s Hospital in Kansas City. The youngest son of William and Minnie (Osadchy) Levine, he grew up in the family home on Benton Boulevard before moving to Waldo, where he spent the rest of his life. Mike attended Ladd and Hartman elementary schools, and he graduated from Southwest High School in Kansas City. As a boy, Mike immersed himself in family life. He was extremely close to his grandfather, Louis Osadchy, who owned and operated the Osadchy kosher market on 31st and Prospect. When he was in first grade, Mike would take the bus from school to the market, put on a white butcher’s apron and do what he could to help out, sweeping the floors and so on. His sister, Adelle, 14 years his senior, would hold Mike’s hand and walk a mile from their home to the library at Central High School at 32nd and Indiana, in hopes of spurring Mike’s interest in books and literature. But, as a young man, Mike only cared about two things: Work, and cars. He ultimately opened his own business, selling cars at Troost Motors on 49th and Troost, a profession he continued until retirement. Throughout his life, Mike was, in his heart and his actions, a family man. Mike doted on his daughter, Lisa Levine, who was the love of his life and In his later years, Mike became the family caretaker. He looked after his older brother, David Levine, until he passed in 2017. Although they often bickered as brothers do, Mike loved Davey dearly and, after his passing, told his family that he thought of him daily. For many years he looked after his family - his daughter Lisa; his sister Adelle; his niece, Carolyn Linck; his grand-nephew, Ronald Knox; and others by doing little things - making trips to the store, taking their cars in for repairs to his favorite shop, The Muffler Doctor on Troost, hosting Shabbat dinners every Friday night for the family. Always the youngest child, Mike grew up with a sharp wit and a mischievous sense of humor. He would greet his friends and family with a joke and a laugh. With his grand-nephew and his great-grand-nephew and niece, he was always playful Uncle Mike, as generous with his humor as he was with his time and his home. They will miss him greatly. Mike is survived by his sister, Adelle Matzdorff; his daughter, Lisa Levine; his former wife, Sheila Goldberg; his niece, Carolyn Linck; his grand-nephew, Ronald Knox (and his wife, Natalie Patrick-Knox); and his great-grand-nephew and niece.

The family of Michael "Mike" Norman Levine created this Life Tributes page to make it easy to share your memories.