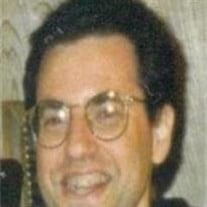 Michael Scott Bobrow, 51, of Overland Park, KS, passed away Sunday, November 18, 2012 at the University of Kansas Medical Center. Funeral services will be 11:00am Wednesday, November 21, in the chapel at Kehilath Israel Blue Ridge Cemetery, 1901 Blue Ridge Blvd., Independence, MO 64052 with burial to follow. In lieu of flowers, the family requests contributions to either the Community Blood Center of Greater Kansas City, 4040 Main St., Kansas City, MO 64111; APS (Antiphospholipid Antibody Syndrome) Foundation of America, Inc., PO Box 801, LaCrosse, WI 54602-0801 or Purrfect Pets, PO Box 3813, Shawnee Mission, KS 66203. Michael was born in Kansas City, MO, the son of Barney and Sara (Bekerman) Bobrow and was a lifelong area resident. He was a 1983 graduate of the University of Kansas where he received his accounting degree. In 2000, he received his MBA, also from the University of Kansas. Michael was a financial professional for Prudential Financial for many years. Prior to this he was Divisional Finance Director at Padgett-Thompson Corporate Training & Seminar Co. He was a longtime member of Kehilath Israel Synagogue and the Jewish Community Center. Michael was an avid sports fan for the Chiefs, Royals and Jayhawks. He was preceded in death by his mother, Sara Bobrow, in 1982. Michael is survived by his father, Barney Bobrow, and his siblings, Arlene Bobrow and Richard Bobrow as well as many caring aunts, uncles, nieces, nephews and other very close family members. He was very devoted to his family, friends and clients, and he had a special attachment to his two cats. Michael will be greatly missed by all who knew him.

The family of Michael Scott Bobrow created this Life Tributes page to make it easy to share your memories.