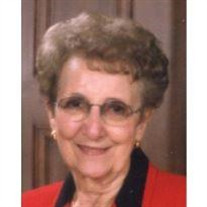 Norma Lucille Saferstein, 92, passed away Friday, October 18, 2013. A celebration of her life will be held at Claridge Court, 8101 Mission Road, Prairie Village, KS, on Friday, October 25th, at 3:00pm. Norma was born in Alliance, Ohio, the first of four siblings, all of whom preceded her in death. After high school, she attended Western Reserve College, graduating with her RN from Mount Sinai Nursing School in Cleveland, OH. She worked as a surgical nurse at the Mount Sinai Hospital, where she met Lester Saferstein, an anesthesiology physician. They married on November 21, 1943 in San Antonio, TX, where Lester was sent to train before being deployed as an Army physician. After the war, they took their first born child and returned to Lester’s home in Kansas City where he practiced at Menorah Medical Center. With a second child and one on the way, they built their first home just west of Holmes. Norma became active in the community and with her children’s lives. She served in Temple B’nai Jehudah Temple Marrieds and its Sisterhood, Hadassah and PTA. As a homemaker, she served up classic Italian dishes, sewed clothing, was crafty, and took care of the Buffy’s, Nina and Madel dogs while making sure numerous bird feeders were filled. She shared driving and navigation on long family trips west, made travel arrangements for trips east and to foreign countries and, with Lester, would take an extended charter trip on a Boeing 707 around the world, filling the cargo with wonderful pieces from each country. Her interest led her to the travel business working at American International Travel, from 1969 to 1985 and to owning and managing the Plaza Travelogues from 1970 to 1985. After becoming residents of Claridge Court in 1993, Norma was active in residential life, chairing the social committee, while taking care of Lester who passed away in 1998. Her “sweetheart to the last”, they shared an amazing fifty five years together. His love for her was expressed in beautiful notes, commissioned art pieces and a constant desire to be holding hands. Norma was a consummate Mamma Mia and Jewish mother wrapped into one. Her greatest joy was the love of her three children, Ann Saferstein Suter and husband Ronald of Seattle, WA, Ruth Saferstein Gold and husband Andy of Prairie Village and Michael Saferstein and wife Debbie of Overland Park. She counted the many blessing of her grandchildren and great-grandchildren, Joshua, Matthew and Eric Gold; Halley Goldstein and Erich with Maxwell and Zoey, Cara Cowsert and Wesley with Gianna and Eli and Raphael Suter and Rachel Suter Victoria and Nate. We celebrate her life and invite you to donate in remembrance to UNICEF, the Michael J. Fox foundation or a charity of your choice.

The family of Norma Lucille Saferstein created this Life Tributes page to make it easy to share your memories.