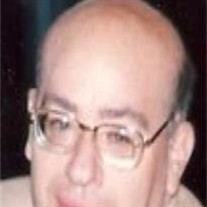 Phillip Calvin Feingold, a very special man, no longer walks among us. He passed away July 23, 2012. Phillip had a much longer life than predicted by his early healthcare professionals, who told his parents that with his physical and mental disabilities he would not live past 30. He was 71 when he died. Phillip, the only child of Harry C. and Elaine Feingold, was born Aug. 9, 1940, in Kansas City, Mo. He had many friends and a loving family. He had a positive attitude and a happy disposition. Phillip was friendly, charming and lovable. He traveled extensively with his parents as he was growing up. They wished to give him every opportunity to broaden his limited world and enrich his life. He became a world traveler, remembering every city he visited and taking pride in saying, "I've been there." Phillip attended Southwest High School. His parents wanted him to have the opportunity to be mainstreamed with other children in the neighborhood. Years later his principal, Mr. Cannon, wrote a wonderful article entitled, "The Most Remarkable Student I Have Ever Encountered." That student was Phillip. When Phillip was a young man, his parents wanted him to feel pride in accomplishment, to have a business of his own. They purchased an egg farm and Phillip called friends and family to see if they would like fresh eggs delivered to their homes. His parents arranged for him to have a driver who would help him pick up the eggs and deliver them to his customers. It was a great source of pleasure and conversation for Phillip, and everyone enjoyed visiting with him as their eggs were delivered. Phillip had a major focus on the American Indian. His bedroom was a museum of Indian artifacts, jewelry and baskets, all gifts from friends and family, collected over many decades. He took pleasure in watching Indian movies as often as they were on TV, read Indian books and attended several powwows. He loved sports and coconut pie, and had a wonderful memory for people and dates. When a special occasion called for a toast, he was always prepared to say a few words. Phillip was preceded in death by his parents, aunts and uncles, and many close cousins, including Alan Feingold, with whom he shared a bar mitzvah. Phillip leaves his loving family and many friends who will miss him. Phillip also leaves his loyal caregiver, Claudia Thurber, who cared for “her Buddie” day and night for his last years. Gravesite services were held at Mount Carmel on July 26th, 2012.The family requests no flowers and donations be made to Beth Shalom Synagogue.

Phillip Calvin Feingold, a very special man, no longer walks among us. He passed away July 23, 2012. Phillip had a much longer life than predicted by his early healthcare professionals, who told his parents that with his physical and mental... View Obituary & Service Information

The family of Phillip Feingold created this Life Tributes page to make it easy to share your memories.