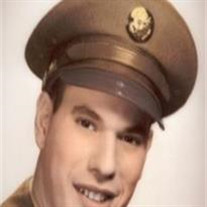 Richard Samuel Bratman, 77, of Overland Park, KS, passed away Thursday, July 15, 2010 at Kansas City Hospice House. Graveside services will be 3:00pm Friday, July 16, 2010 at Sheffield Cemetery. Kindly omit flowers. The family suggests contributions to Beth Israel Abraham & Voliner. Beth Shalom Preschool, Kansas City Hospice or a charity of one’s choice. Richard was a clerk for the U.S. Postal Service for 40 years before his retirement. He was a 50 year member of Beth Israel Abraham & Voliner Synagogue and was a member of B’nai B’rith, Ararat Shrine, the Jewish Heritage Club at the Jewish Community Center and the AZA where he received the Alephgadal Award. He was also a 32nd degree Mason and was a Weblo leader in the Cub Scouts. Richard was born in Kansas City, MO, the son of Harry and Mollie Dennis Bratman, and was a lifelong area resident. He was preceded in death by his parents; his brothers: Louis Bratman, Morrie Bratman and Phillip Bratman, and his sister: Sara Bratman Boggs. Richard is survived by his devoted wife of 50 years, Joyce Bratman, of the home; son: Bruce Bratman, Overland Park, KS; daughter: Marcee Davidson, Overland Park, KS; grandchildren: Michael Davidson and Ariella Davidson; Katie Bratman and Hunter Bratman. He was a devoted husband, father and grandfather with a beautiful heart who would do anything for anybody at anytime. The family would like to extend a heartfelt thank you to Hospice and Dr. Alexander Davis and to all of the wonderful Rabbi’s, family and friends who have provided support. Richard loved Judaism and always believed a person should strive for a good name. Maintaining honesty and integrity was his philosophy in life.

The family of Richard Samuel Bratman created this Life Tributes page to make it easy to share your memories.