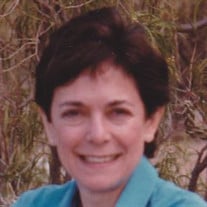 Rita Roth Poisner, age 85, of Kansas City, Missouri, passed away on March 8, 2015. Rita was born in Philipsburg, PA on May 2, 1929. She attended the University of Pittsburgh and was an elementary school teacher in University City, MO. She earned a doctorate in education from Washington University in St. Louis and then became a faculty member of the Department of Education at Rockhurst University until her retirement in 2002. Hundreds of her students began their teaching careers and learned to “do it again” as she sought to maximize their skills. In her retirement, she tutored students at University Academy. Rita was an active writer. Her publications include The Power of Song, which was researched in Israel and recognized as the national winner in children’s literature by the Jewish Book Council. Her other books include The Story Road to Literacy, a guide for teachers on using folktales to teach literacy skills to students, and a memoir of her childhood entitled 414 Pine Street. She also published several poems. Rita was a member of The New Reform Temple and active in their Jewish Study Group. She was a musician, playing French horn in the Philipsburg High School marching band, and then as a member of The New Horizons Band. She was a founding member of Shireinu, the Jewish Community Chorale, a member of the choir at The Temple Congregation B’nai Jehudah, and a participant in the National Jewish Choral Festival. She was also an adventurer, climbing mountains in Colorado, and visiting Israel and China. She was a loving wife, mother, sister, step-mother, and grandmother. Rita was warm, funny, caring, generous, and family-oriented. She made every family holiday and gathering special. She will be missed by many. She was predeceased by her parents Adolph and Rose Roth, and her siblings Ruth Mandelbaum and Frank Roth. She is survived by her husband Larry Poisner, her sister Esther Claster, her daughter Beth Levant and son-in-law James Gregory Williams, step-children Sandra Pasik and husband Ron Pasik, Steven Poisner, Charles Poisner, and Andrea Poisner-Corchine and husband Robert Corchine, and grandchildren Lissa Leibson, Max Poisner, Sarah Poisner, Lauren Poisner, and Katie Poisner. Funeral services will be held on Wednesday, March 11 at 11:00 AM at Louis Memorial Chapel, 6830 Troost Ave, Kansas City, MO. In lieu of flowers, the family requests that donations be made to the St. Luke’s Mid-America Heart Institute, 4401 Wornall Rd., Kansas City, MO 64111.

Rita Roth Poisner, age 85, of Kansas City, Missouri, passed away on March 8, 2015. Rita was born in Philipsburg, PA on May 2, 1929. She attended the University of Pittsburgh and was an elementary school teacher in University City, MO. She earned... View Obituary & Service Information

The family of RITA ROTH POISNER created this Life Tributes page to make it easy to share your memories.