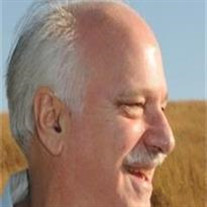 Ronald Steven Zarr, 61, of Orlando, FL, passed away Sunday, March 11, 2012 in Overland Park, KS while visiting his family. Memorial services will be at 11:00am Sunday, March 18, at The Louis Memorial Chapel, 6830 Troost Avenue, Kansas City, MO 64131. In lieu of flowers, the family suggests contributions to The Temple, Congregation B’nai Jehudah, Children’s Mercy Hospital or a charity of one’s choice. Ron was born in Kansas City, MO, attended Shawnee Mission Schools and the University of South Florida where he achieved a B.A. Degree in Theatre. He then moved to New York where he worked as an actor and window display artist at several fashionable New York stores for 10 years. Ron then moved back to Florida to continue his career in acting and opera. He and life partner of 30 years, Stephen, met while they were working in theatre, playing at venues all over Florida. Ron was known as an entertainer for both cast and crew as well as the audience, and he had a great sense of humor. He was a man who will be greatly missed by family, friends and audiences alike. Ron was preceded in death by his mother, Martha Zarr. He is survived by his partner of 30 years, Stephen Horne, Orlando, FL; his father: Mortimer Benjamin Zarr, Overland Park, KS; his twin brother: Raymond Brian Zarr, Overland Park, KS; brother and sister-in-law: Louis and Nancy Zarr, Overland Park, KS; niece: Arielle Zarr, Kansas City, MO; nephew: John Zarr, Lawrence, KS;

The family of Ronald Steven Zarr created this Life Tributes page to make it easy to share your memories.