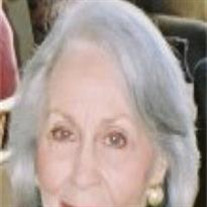 Ruthye Nowick, 90, of Kansas City, MO, a woman of great beauty and style, passed away Friday, August 19, 2011 at the Kansas City Hospice House. Funeral services will be at 2:30pm Sunday, August 21, at The Louis Memorial Chapel, 6830 Troost Avenue, Kansas City, MO. Burial to follow at Mt. Carmel Cemetery. In lieu of flowers, the family suggests contributions to Kansas City Hospice House or a charity of one’s choice. Ruthye was a buyer for Duvall’s from the late 1960’s until the early 1970’s. Prior to this she was a retail sales associate in the women’s department of Macy’s. She retired in the mid 1970’s. She was also a volunteer in the gift shop at Menorah Medical Center. Ruthye was a talented artist, world class baker and was devoted to her family and friends. Ruthye was a member of Congregation Beth Shalom, B’nai B’rith and Hadassah. She was a former member for over 50 years of The Temple, Congregation B’nai Jehudah. Ruthye was preceded in death by her parents, Esther and Nathan Levine; her husband of 65 years, William Nowick, in 2005; a brother-in-law, Jerry Taube and a sister-in-law and brother-in-law, Elaine and Sam Lewin. She is survived by her daughters and sons-in-law: Jackie and Larry Kamin, Leawood, KS; Stevie and Shelly Pessin, Overland Park, KS; sister and brother-in-law: Doris Taube and Harold Goldin, Mission Hills, KS; grandchildren: Neily Schoegler, Gregory and Jaime Pessin; great-grandchildren: Alex Schoegler, Tyler Keys and Noah Pessin; brother-in-law and sister-in-law: Manuel and Barbara Nowick, Prairie Village, KS as well as many nieces, nephews and friends.

The family of Ruthye Nowick created this Life Tributes page to make it easy to share your memories.