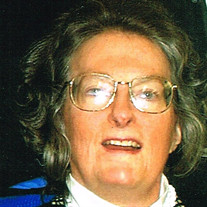 Sonia Carol “Sunny” Lerner, 72, passed away peacefully on September 25, 2015, at Kansas City Hospice House, two weeks after being diagnosed with abdominal cancer. Sunny was the daughter of Joseph S. Lerner and Miriam W. Lerner, and lived in Kansas City most of her life. She graduated from Sunset Hill School, one of only two girls in her class who had spent all thirteen years at that school. She attended the University of Arizona, where she was a member of the Alpha Epsilon Phi sorority. After college, she returned to Kansas City, where she was the secretary to the Executive Director of Jewish Family Services. She later worked as a receptionist at Village Shalom, in Overland Park. She was a member of The Temple, Congregation B’nai Jehudah all her life. Nine years ago, she developed multiple sclerosis, and suffered from that crippling disease for the rest of her life, living in nursing homes, but inspiring others with her positive outlook and her ability to deal with adversity. Most recently, she had been living at ManorCare of Overland Park. Despite her overwhelming infirmity, she made many friends, participated in nursing home activities, and attended all family events, dinners and holiday gatherings. She is survived by her brother Joe, Jr., his wife Juliana, her niece, Lauren, her nephew, Mark, his wife, Sara, and their daughter, Caroline, all of Atlanta, Georgia. She is also survived by her brother Mick, of Leawood, and his son, Mickey, to whom she was an extremely devoted aunt. Her beloved parents predeceased her, as did her beloved brother Terry, and her beloved nephew in Atlanta, Joseph S. Lerner, III. Sunny’s family would like to express sincere appreciation to the staff at ManorCare, to the doctors and nurses at Menorah Medical Center, and to the doctors and nurses at Hospice House. In lieu of flowers, the family suggests that contributions be made in Sunny’s memory to The Temple, Congregation B’nai Jehudah, in Overland Park, Kansas. A graveside funeral service will be held on Tuesday, September 29, 2015, at 10:00am, at Rose Hill Cemetery.

The family of SONIA CAROL "SUNNY" LERNER created this Life Tributes page to make it easy to share your memories.