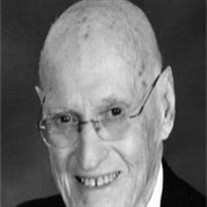 Stanley A. Morantz, a selfless Kansas City civic volunteer and beloved patriarch, died Monday, Dec. 27, surrounded by his family at his Prairie Village, Kan., home. He was 91 years old. After helping to establish the Paper Supply Co., a longtime Kansas City merchant, in 1948, Mr. Morantz served on the boards of numerous religious and civic groups, many devoted to promoting education and social justice. He served on an advisory board of the Anti-Defamation League and was co-chairman of the National Conference of Christians and Jews, now the National Conference for Community and Justice. He was a devoted member of Common Cause, the American Civil Liberties Union and the National Association for the Advancement of Colored People. Among other causes, Mr. Morantz battled racial restrictions on home ownership in Johnson County, Kan., in the 1960s. In 1963, he received a young leadership award from the Jewish Federation of Greater Kansas City. Mr. Morantz was a volunteer probation officer and a board member of the Stop Violence Coalition in Kansas City. He served on the board of governors of the Kansas City Jewish Community Center and the Jewish Community Relations Bureau. Mr. Morantz was born on July 4, 1919, to Kansas City, Kan., businessman and religious scholar David Morantz and his wife, Rose (Slabotsky) Morantz. Stanley Morantz graduated from Central High School in 1937, from Kansas City Junior College in 1939, and from the University of Kansas City in 1941. He later served as a president and board member of the Kansas City Metropolitan Community Colleges Foundation. In 1942, after volunteering to join the U.S. Army, Mr. Morantz married Shirley Rae Tranin, daughter of Earl and Leona Tranin of Kansas City. Mr. Morantz was a first lieutenant in the Pacific in World War II. After the war, he graduated from the University of Kansas School of Law in 1948. When not working or volunteering for community groups, Mr. Morantz, along with Shirley Morantz, devoted his time to his large and loving family. Even in his last years, Mr. Morantz traveled the country to visit his children and grandchildren, officiating the wedding of a grandson in 2007. Among his proudest accomplishments in his later years, Mr. Morantz volunteered as a tutor for Literacy Kansas City, an organization devoted to teaching adults to read. He became a Bar Mitzvah at the age of 76 at Temple B’Nai Jehudah, where he was an honorary board member. His family and those he touched will always remember his kindness, compassion, warmth, strong laugh and love. Mr. Morantz is survived by his wife of 68 years Shirley Morantz; daughter Jeryl (Peter) Silverman of Rockville, Md.; sons Andrew (Sita) Morantz of St. Louis Park, Minn., Keith (Susie) Morantz of Overland Park, Kan., and Richard Morantz of Baldwin, Kan.; seven grandchildren and three great-grandchildren. Services for Mr. Morantz will be at 11:30 a.m. Wednesday, Dec. 29, at Louis Memorial Chapel, 6830 Troost Ave., Kansas City, Mo. Interment will follow at Rose Hill Cemetery. Memorials may be made to the charity of your choice. The family wishes to thank the physicians of Mid-America Cardiology, Kansas City Hospice and Palliative Care, caregiver Marriah Smith and Tender Loving Care staff.

Stanley A. Morantz, a selfless Kansas City civic volunteer and beloved patriarch, died Monday, Dec. 27, surrounded by his family at his Prairie Village, Kan., home. He was 91 years old. After helping to establish the Paper Supply Co., a longtime... View Obituary & Service Information

The family of Stanley A. Morantz created this Life Tributes page to make it easy to share your memories.

Stanley A. Morantz, a selfless Kansas City civic volunteer and...