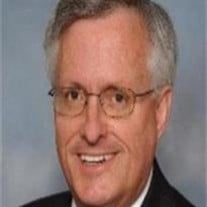 Steven Alan Gershon of Overland Park, KS passed away peacefully, surrounded by family, on January 16, 2013. The son of the late Jerald and Hortense Gershon, Steve was born in Kansas City, MO on January 17, 1951. He graduated from Shawnee Mission East High School before receiving his B.S. degree in Economics from the Wharton School of Finance, at the University of Pennsylvania, in 1973. Steve worked as a Senior Tax Manager at Peat Marwick and Mitchell before joining Mayer Hoffman McCann, PC as a partner in 1984. He served as a dedicated tax practitioner and a leader of the tax department at CBIZ-MHM for 29 years. As a member of the Kansas and Missouri Societies of Certified Public Accountants, he was known throughout the Kansas City community for his dedication to providing exceptional client service. Steve’s greatest passion was his family. He married the love of his life Janet on May 25th, 1980 and spent thirty two years as the most loving, devoted husband. He was truly an exceptional father, role model and friend to his three children and son-in-law, and recently found immense joy in becoming a Papa to a baby granddaughter. He loved to travel, was a lifelong tennis and card player, and he particularly enjoyed his 32 year-old running Gin Rummy game with his wife. He was also faithful to his sports teams and was a long-time season ticket holder for the Kansas City Royals. Steve devoted much of his adult life to serving the Greater Kansas City and Jewish Communities. He was an active Board of Directors member and Executive Vice President of the Jewish Heritage Foundation, and served as Treasurer of the Menorah Medical Center Board of Directors, of Village Shalom, and of the Kansas City Chapter of the University of Pennsylvania Alumni Association. Steve is survived by his wife, Janet; daughter and son-in-law Lindsay and Michael Fineman; sons Bob and Tim Gershon; granddaughter Lila Fineman; sister and brother-in-law Susan and Steve Osman of Prairie Village, KS; sister Sharon Gershon of Rockville, MD; brother-in-law and sister-in-law Rick and Roberta Intrater of San Francisco, CA; sister-in-law and brother-in-law Carol and Mark Rosenfeld of Boca Raton, FL; brother-in-law and sister-in-law Bill and Lynn Intrater of Leawood, KS; nephews and nieces David Rosenfeld, Andrew Osman and Deb Feder, Dan & Lindsey Osman, Michael & Chana Rosenfeld, Lauren Osman, Brandon & Alana Intrater, John & Emily Intrater, Katie Intrater, Evan Intrater, Lauren Intrater, Misha Gershon, and seven great nieces and nephews; and last but not least his dog Harrison. Memorial services are scheduled for 12:00pm Friday, January 18, 2013 at The Temple, Congregation B’nai Jehudah located at12320 Nall Avenue, Overland Park, KS, with burial to follow at Rose Hill Cemetery. In lieu of flowers, the family suggests contributions to The Temple Congregation B’nai Jehudah, Village Shalom, Kansas City Hospice or to a charity of your choice.

Steven Alan Gershon of Overland Park, KS passed away peacefully, surrounded by family, on January 16, 2013. The son of the late Jerald and Hortense Gershon, Steve was born in Kansas City, MO on January 17, 1951. He graduated from Shawnee Mission... View Obituary & Service Information

The family of Steven Alan Gershon created this Life Tributes page to make it easy to share your memories.