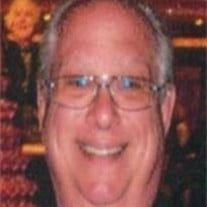 Stewart Farbman, 63, Prairie Village, passed away Sunday, June 17, 2012, at St. Joseph Medical Center. Funeral services 2:30pm Tuesday, June 19, at The Louis Memorial Chapel, 6830 Troost Ave. Burial Kehilath Israel Blue Ridge Cemetery. Kindly omit flowers. The family suggests contributions to The American Cancer Society or Kehilath Israel Synagogue. Stewart was born in Knoxville, TN, and moved as a child to Wichita, KS. He graduated from the University of Kansas where he received a Bachelor’s degree in advertising. He met his first wife, Shelley Levine, while attending KU. They shared 37 loving years until Shelley’s death in 2008. Stu and Shelley shared a love of entertaining and were known for their parties, especially during the KU basketball season. The love of their life, Carly, was born in 1980. Stu worked as a manufacturer’s representative for over 25 years at Pankow Associates. In 2002, he purchased Blackman Industries, a pet treat distributor, which he owned and operated until recently. He married Helen Apple in 2010. They especially loved just being together. Stu and Helen blended their families, adding an additional three children, their spouses and three grandchildren. Stu was preceded in death by his mother: Marion Farbman and his first wife of 37 years, Shelley. He is survived by his wife Helen; daughter: Carly Farbman, St. Louis, MO; step-son and his wife: Jason and Heather Apple, and their children: David, Daniel and Natalie, Shawnee, KS; step-daughters and their husbands: Toby and Neil Norris, Prairie Village, KS, Hilary and Patrick Yao, Omaha, NE; father: Solomon Farbman; sisters Arlene Glass and Sheila Faber all of Atlanta, GA; sister-in-law and brother-in-law: Terri and Brian Jacobs, Leawood, KS; Extended family and many nieces and nephews also survive. The family would like to express a special thank you to Dr. Donald Cohen for his kind and compassionate care.

The family of Stewart R. Farbman created this Life Tributes page to make it easy to share your memories.