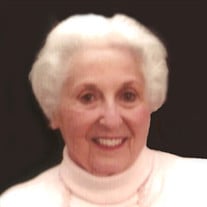 Sue Elaine Blackman, 84, passed away July 7, 2015. Funeral services will be 10:00am Thursday, July 9, 2015 at The Louis Memorial Chapel, 6830 Troost Ave, Kansas City, MO followed by interment at Mt. Carmel Cemetery. She was preceded in death by her husband, David Blackman; her parents, Lillian and Jack Moskovitz and her sister, Beverly Blatt. Kindly omit flowers, contributions may be made to the Kansas City Hospice House. After surviving lymphoma in 2002, I enjoyed 13 more years until losing my battle with lung cancer. Now I will be reunited with the love of my life of 60 years, David Blackman. We shared the blessing of a lovely family, worked together in our family business and had 18 fun filled years at our lake house. Even though no buildings are named after me, no monuments erected in my honor, how blessed can a person be? After all I am survived by my loving children, Sherry and Steve Blackman, Marianne and David Hudgins, Suzi and Bruce Blackman and Nancy and Gary Kepko; my grandchildren, Cecily and Michael Blackman, Carrie and Josh Blackman, Leslie Blackman, Greg Blackman, Laura and Daniel Kepko, Jamie Kepko and Doug Kepko; my great grandchildren, Aubree, Austin, Sam, David, Andrew and Blakely and my dog and best buddy Charlie, who brought me much joy and companionship after the loss of my David.

The family of SUE ELAINE BLACKMAN created this Life Tributes page to make it easy to share your memories.