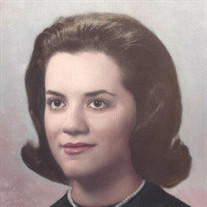 Susan Choucroun, 69, passed away on Tuesday, September 2, 2014. Funeral services will held at 11:00am Friday, September 5, 2014, at The Louis Memorial Chapel, 6830 Troost Avenue, with burial to follow at Kehilath Israel Blue Ridge Cemetery. In lieu of flowers, the family requests donations to the Choucroun Mitzvah Fund at Ohev Sholom Synagogue or the Rabbi’s discretionary fund at Kehilath Israel Synagogue or Congregation Beth Torah. The daughter of Harold and Frances Sandhaus, Susan was born in Kansas City, Missouri, on March 14, 1945. In 1980 she wed Charles Choucroun, whom she created a warm, loving household. In her professional life, Susan devoted herself to touching the lives of countless young children. A graduate of Southwest High School, she went on to study education at Stephen’s College and Avila College, and also received degrees from the Sorbonne in Paris, France, and the International Montessori Association in the Hague, Netherlands. In 1974 she founded L’Ecole Montessori Day School, which she ran for fourteen years and later worked at Belmont Montessori. Susan was deeply committed to her family, her faith and her community. She was an active congregant of Congregation Ohev Sholom, Kehilath Israel synagogues and The Temple, Congregation B’nai Jehudah. She volunteered with the United Way to assist abused children and worked with the city of Kansas City’s Head Start program. After retiring she continued to serve her community, and became involved in the Metro Organization of Economic and Racial Equality, the Council of Jewish Women, the Board of the Southern Christian Leadership Conference, and the Greater Kansas City Interfaith Council. She was a principled woman of strong convictions. She was kind, caring and generous. She enjoyed entertaining and conversing, and had a wonderful sense of humor. She loved Kansas City and was a passionate advocate for advancing the cause of social justice there. Susan was preceded in death by her parents and is survived by her husband, Charles; brother, sister-in-law and their children: Ronald and Rebecca Sandhaus, Evan Sandhaus and Tara Bobiak of New York, and Derek Sandhaus and Catherine Mathes of Buenos Aires; her aunt, Gertrude Epstein and loving cousins and friends.

The family of Susan Diane Choucroun created this Life Tributes page to make it easy to share your memories.