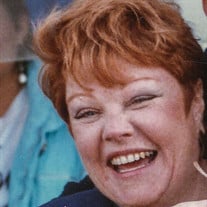 Susan Ruth Davis, 74, of Overland Park, passed away Friday, January 24, 2020. Graveside services will be held at 1:00pm Tuesday, January 28, 2020 at Rose Hill Cemetery, 6900 Troost Avenue, Kansas City, MO 64131. She was born September 12, 1945, to the late Martin Cohn and Virginia (Cohn) Sebring in Overland Park, KS. A life-long resident of the Kansas City Metro, she was a Girl Scout as a child, graduated from Shawnee Mission East High School, and studied nursing at the University of Iowa. Susan married Hanan Steinzeig in 1964, raised a family, and found her niche professionally managing dental and medical companies to “insure” their patients’ claims. So much so, that for a time she worked as an independent consultant helping individuals challenge their health insurance companies that declined their claims. Having always had a keen interest in the medical field, in her 60s, Susan also attended “Mini-Medical School.” She spent many years of her life as a member of Ohev Shalom Synagogue, and later, when she married Bob Davis, she became involved with The Temple, Congregation B'nai Jehuda, where they were married. Together they were active in various Jewish social clubs in the area and Bob’s model train club. Susan also took great joy in feeding her grandchildren and showed them that waffles could be a good foundation for homemade ice cream, not just the usual toppings. Yes, even for breakfast. They talked about that for a while. If asked how they’d describe Susan, the description you’d hear most often from those that knew her is that she’s someone that always wanted to have fun and wanted everyone around her to be having fun, too. She was quick to laugh and join in whatever silly behavior those younger than her were enjoying. She rarely turned down an opportunity to try something new and “just try it!” (or “just try it on”) was often heard coming from her direction. She was also an animal lover and, throughout most of her life, from early childhood, had one or more pets in her home. Her favorite animal was the hippopotamus. Why a hippo? Because of the Disney film, “Fantasia,” of course. She saw the movie as a little girl, and the sight of the hippo ballerinas, complete with tutus performing ballet to “Dance of the Hours,” was the greatest thing she’d ever seen. Anyone that knew her and had ever been in her home can tell the tale of the greatest hippo collection ever curated by one woman. It certainly made it easy to know what to get her for her birthday. Susan is survived by her son and daughter in law, Peter and Hilarie Steinzeig and their children; her grandchildren, Daniel and Shayne (all of California), her daughter and son in law, Stacy Steinzeig Smith and Dale Smith (of Alaska), and her three step-children, Courtney Smith, Kyle Smith, and Luke Smith. Susan is also survived by her sister and brother in law, Debera and David Leckner, her sister, Pamela Dahlgren (of California), her brother and sister in law, Bart and Susan Cohn, her brother Donald Cohn (of California), her brother and sister in law, Michael and Nancy Fine (of Chicago), and her brother and sister in law, Steven and Beatrice Fine. In addition to her parents, Martin Cohn and Virginia Sebring, she is preceded in death by her late husband Robert Davis, her brother Melvin Cohn, and her step-mother, Leona Cohn. Condolences may be shared on the Louis Memorial Chapel website, www.louismemorialchapel.com. The family suggests contributions in Susan’s name to KC Pet Project, https://kcpetproject.org/

The family of Susan R. Davis created this Life Tributes page to make it easy to share your memories.