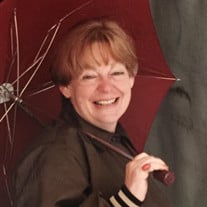 Sylvia Betty Stone was born December 28th, 1926 to Arthur and Minnie Friedman. Funeral services will be held Tuesday, January 27th at 3:00pm at The Louis Memorial Chapel in Kansas City, MO with burial at Mt. Carmel Cemetery to follow. In lieu of flowers, please send contributions to the Ruby Fleider Memorial Choir Fund at Beth Shalom, The Variety Club of Kansas City, Hyman Brand Hebrew Academy and Continua Hospice. Sylvia was preceded in death by her husband, Martin Stone, of 50 years. She was always the writer, spending hours a day on her typewriter. This is an excerpt from autobiography she wrote seven years ago. It’s only fitting her family shares her story through her own words. As a Kansas City kid born during the depression years, I learned much later in life that times were hard and dollars were scarce. However, my experiences centered on family life in a home that included my sisters and my mother and father. An honor student at Paseo High School, I earned a diploma when I was 16, National Honor Society and Quill and Scroll awards, then Kansas City’s Junior College. I was employed by radio station KCMO for four years. Subsequently, after marriage to Martin Stone, the next two years were spent once again writer, but this time at radio station KCKN. I suppose it was inevitable that Martin and I would, at some time, be involved in the movie industry. During the next 50 years we built drive-in and indoor theatres leading to Mid-America Cinema. An off shoot of the film involvement were the industry trade conventions of 28 years known to the exhibitors and distributors as Show-A-Rama. Though at times a hard one to answer, the question “what have I accomplished today that I didn’t do yesterday?” re-energizes my determination to make the next day count. I recommend it to all who are seeking new and exciting challenges in life. Sylvia was always the “host with the most;” her fridge always full, ready to throw a party at a moment’s notice. Her home she built with Martin was our home; we all grew up there, her children, her grandchildren, her nieces and nephews, no matter what, always had a bed waiting with a warm meal. Sylvia was a force to contend with, putting herself out there, making huge leaps for women in Kansas City. A long-time member of Meadowbrook Country Club, she was always proud of the fact she was the first woman to serve on the club’s board of directors. Other organizations where she contributed her time were the Variety Club of Kansas City, Beth Shalom Sunday School, Brandeis National Council of Jewish Women and the Shepherd Center. Her sisters Ruby Fleider and Isabelle Fremerman preceded Sylvia in death. She leaves her son, Douglas Stone, daughter Laura Sechrist (Eric), and grandchildren Jennifer Stone, Jonathan Stone and their mother, Kathy Krigel Stone, Adam Sechrist, Anna Wetherill (Joshua) and Abigail Sechrist, as well as her sister-in-law Frances Fishman and brother-in-law Larry Fleider, as well as numerous loving nieces, nephews and cousins.

The family of SYLVIA STONE created this Life Tributes page to make it easy to share your memories.