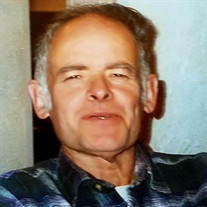 Wolfgang “Bill” Lewandowski (Hebrew name Ze’ev), 83, of Overland Park, Kansas, passed away May 5, 2018, at Menorah Medical Center, while surrounded by his loving family. A graveside service was held May 8 at Kehilath Israel Blue Ridge Cemetery. Born April 26,1935, in Berlin, Germany, to the late Luzia Lewandowski and the late Erwin Lewandowski, he and his parents got out of Germany right before World War II. He grew up in Rishon LeZion, Israel, with his parents and brother, Peter Lewandowski. Eventually he immigrated with his family to New York at the age of 17. After spending 20 years in New York, Bill, as he liked to be called, joined his brother in Kansas City, where Peter had started Jetway Limousine. It was the first limousine service in Kansas City. Bill met his future wife, Marilyn (Adler) Lewandowski, in December of 1974 while picking her up at the airport. Eventually Bill and Marilyn went on to start Air Travel Limousine and ran the company for 25 years. His first series of minor strokes slowed him down in 1997, and he eventually retired in 2005. To many of his passengers he was known as the “singing driver,” for he loved to sing Sinatra, opera and many other greats. He is survived by his wife and sons, John Lewandowski and Charlie Haystack (birth name Jeff Lewandowski); and brother, Peter Lewandowski; as well as five nieces and many grandnieces and grandnephews. In lieu of flowers donations may be made in Wolfgang's name to Jewish Family Services.

Wolfgang &#8220;Bill&#8221; Lewandowski (Hebrew name Ze&#8217;ev), 83, of Overland Park, Kansas, passed away May 5, 2018, at Menorah Medical Center, while surrounded by his loving family. A graveside service was held May 8 at Kehilath Israel... View Obituary & Service Information

The family of WOLFGANG LEWANDOWSKI created this Life Tributes page to make it easy to share your memories.