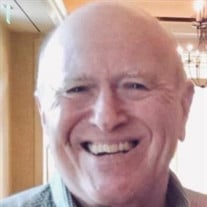 Zolan David Gilgus, age 79, passed away Sunday, Nov 29th, 2020 from Covid 19. Zolie was born to Molly and Meyer Gilgus on February 27, 1941 in Kansas City, MO. Zolie attended Paseo High School where he played football and went on to graduate from Shawnee Mission East High School. Zolie met his loving wife, Doris Plessner, at a B'nai Brith Youth Convention in St. Louis when they were 13 and 14 years old. They quickly became a couple and married in 1961. They both remained very active in the BBG and AZA community and loved that their children and grandchildren had the chance to involve themselves in BBYO. Zolie was a member of AZA #2’s and was Aleph Gadol of the Missouri Kansas Region. Zolie was a life-long member of Kehilath Israel Synagogue where he was a member of the board, President of the Men’s Club and involved with the Youth Mitzvah auctions. He loved coaching baseball and had many trophies and awards that he proudly displayed. After Zolie was born, proud father Meyer, changed the name of his company to Meyer Gilgus and Son Meat Provisions. In his twenties, Zolie joined his father at Kay Gee Sales where they purchased and sold salvage items from train derailments. They went on to form Kay Gee Foods, a local wholesale food distributor. Zolie was recruited to work for Kraft Foods in 1981. He also worked for Lady Baltimore Foods. Zolie worked for the IRS for ten years as a tax examiner and retired in 2015. In addition, Zolie operated The Calendar Club at Oak Park Mall for 15 years. During this time Zolie received numerous company awards including Highest Sales in the Country several years in a row. Zolie’s admirable work ethic was instilled in his children and grandchildren. Zolie was fortunate to have many lifelong friendships, including Marc Slotnick and Larry Levinson. He remained close friends with many from his high school days and others from his professional career. Zolie was a great cook and together with his friend and business partner Bob Zaban, created Mr. Z's BBQ. On two separate occasions they were awarded Kansas Grand Champions at the Great Lenexa BBQ Battle. They participated and won recognition at the Jack Daniel’s World Championship Invitational in Lynchburg, Tennessee. They also won Best BBQ Rub on the Planet at the American Royal World Series of Barbeque. Throughout the years they won hundreds of other awards and were highly sought after for Kosher BBQ catering throughout the Kansas City area. Zolie was a kind, soft spoken, easy going man. He loved his Royals and Chiefs. We are so thankful that he was able to revel in both the 2015 World Series and the 2020 Super Bowl win. He could strike up a conversation with anyone about sports and could proudly recite stats verbatim. Zolie had a great sense of humor and never had a mean thing to say about anyone. Preceded in death are parents Molly and Meyer Gilgus, niece Robin Brown, nephew Philip Kushner, son in law, Tim Peavler and granddaughter, Tori Peavler. Zolie leaves his loving wife Doris, of 59 1/2 years, children Stephanie Gatewood (Richard), Susan Peavler, Steve Gilgus (Jill) and Sherry Worth (David). Zolie's grandchildren meant the world to him and loved living vicariously through Danielle Gatewood, Alyssa Gatewood, Alex Worth, Rebecca Worth, Trey Peavler, Brett Gilgus, Jeff Gilgus and Kelli Gilgus. He leaves his sisters Deanie (Arnold) Vogel and Cinde Gilgus. Zolie also leaves behind numerous cousins and extended family who he loved dearly. Covid 19 has changed our world. Zolie is not just a statistic-he was loved by many, a friend to all and lived a full life. He left this world knowing how much his family loved him and that his grandchildren were making their mark in the world. In lieu of flowers, please feel free to contribute to either B’nai B’rith Youth Organization, Harvesters-The Community Food Network or another organization that is close to your heart. Private graveside services will be on Tuesday, Dec 1st at 1pm. Please contact Louis Memorial Chapel for further information to the link for the Zoom funeral and shiva service.

The family of Zolan D. Gilgus created this Life Tributes page to make it easy to share your memories.